This wiki is being considered for deletion due to inactivity. Please comment on the community portal if you have any objections.

Please take a moment to fill out this survey on your gaming habits!

Goodgame Empire is a Free-to-play Strategy MMO developed by Goodgame Studios. The game is available for internet browers at the official website and also for mobile devices at the iTunes App Store, Google Play and Amazon.

You need a great strategy to become a great king in Goodgame Empire! Turn an insignificant spot on the world map into a mighty kingdom. Produce resources to build your magnificent castle. Recruit an army to protect it and conquer other kingdoms to expand your power. Fight epic battles against other players or forge strategic alliances to help you on your path to the ultimate goal: becoming the most powerful king of all!

Rule your own empire[edit | edit source]

Create your own kingdom[edit | edit source] 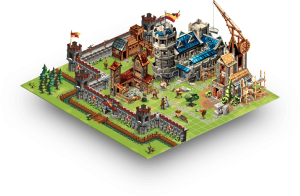 Be part of a massive community[edit | edit source] 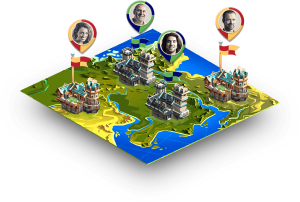 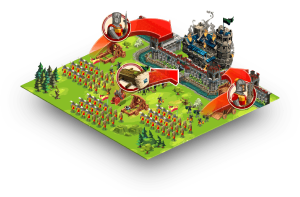